Will It Go Round In Circles 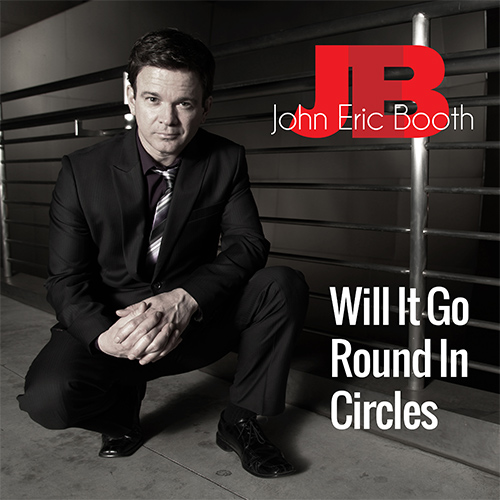 The great jazz standards touched my soul at 40 years old… and life was lovingly never the same! While I am better known as a modern day crooner, my impressionable years growing up in the 1970’s include wonderful memories of great POP music such as The Bee Gees, Fleetwood Mac, The Steve Miller Band, Electric Light Orchestra and many, many others.

That being said, “Will It Go Round In Circles” will forever be one of my all-time favorites. I’ve wanted to record it for years, and with a background as a DJ as well, I have never recalled this song being widely covered by any other artist!

This recording is the result of about 4 years of on-again/off-again sessions between Hollywood, CA… Geelong, Australia and my home studio here in West Virginia. It features the amazing talents of my dear friend, multi-instrumentalist Damien Montalto, who provided the all keyboards and rhythm tracks… as well as mixing the single.

Fast forward a year later, in my bandleader/mentor/friend Pat Longo’s office in Hollywood, CA… we recorded horns provided by Ron Barrows on trumpets and the late, great Greg Degler turning in an amazing tenor sax solo as well as baritone sax.

Then the recording lay dormant for nearly 2 years. During that sleepy time… Damien acquired some additional trumpet from his guy Greg Spence in Australia.

Then this past year, I met with an incredible local horn player, Isaac Stephens. He’s merely 19 years old but plays with the heart and soul of someone twice his age. Makes me sick. 🙂 He contributed additional saxophone and some much needed trombone tracks.

So now it’s 2017 and way past time for me to get off my butt and lay down some vocal tracks! It’s hard to sing songs like this to a foam rubber wall in a sound booth… it YEARNS for a real audience! But with some encouragement from my sometimes vocal producer Damien, we made it happen.

So… I wish this was a scenario of a room full of swinging cats laying this down simultaneously in Capitol’s Studio A, but it’s not. But that wouldn’t make as interesting of a story now would it?